As an essential life sustaining business, we are proud to continue to serve you through this time. LEARN MORE ABOUT OUR SAFETY MEASURES 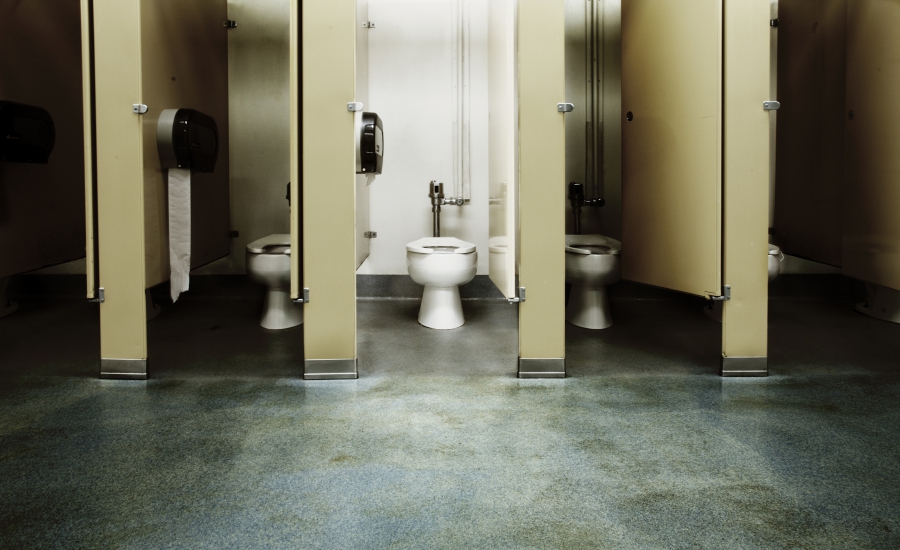 According to bladderandbowel.org, a self-proclaimed voice of the bladder and bowel community (???), the average human uses a toilet six to seven times in a 24-hour period. That’s a lot of toilet time. But do humans every stop to think about why they can relieve themselves with relative ease? We might be too busy tweeting on the toilet to notice how important toilets are to the development of the modern world.

In this blog, Honolulu’s premier plumbers will give you a brief history of the flushing toilet, and how its evolution has changed how we go to the bathroom today.

Let’s define what a toilet is real quick.

Anything can be a toilet if you try hard enough—but for the sake of this toilet timeline, we’ll say that a true toilet performs two basic functions:

With this in mind, it’s time to learn about the history of toilets. We’re going to give you the highlight reel of toilet innovations here—we wouldn’t want to “waste” too much of your time. Also, sorry for the toilet humor.

Toilets of the Ancient World

The first signs of functional toilet systems can be traced back to around 2500 BC—the height of the Egyptian empire. With a rapidly expanding population and a growing amount of human waste to deal with, the Egyptians needed ways to dispose of waste efficiently to avoid widespread disease and general squalor—which is when they created a the world’s first known “sewage system.” Egyptians built simple, sit-down latrines that were “flushed” manually with buckets of water. The waste was carried from the latrine into earthenware pipes that directed the waste into underground water channels directed away from populated areas. The best part of this toilet system? It’s still in working order today.

Ancient Romans (starting around 500 BC) built the “flush” into the sewer system itself, creating comfortable stone latrines with a hole at the bottom—much like a traditional toilet siphon we see today. Waste from the toilet was then dropped directly into water channels below—a highly complex grid of running water directing waste traffic where it needed to go. The Romans had no choice but to develop these systems further over time—as the population outgrew these systems, the streets would fill with water and human waste during rainstorms.

With both of these civilizations, we see a similar pattern—toilets start as a luxury for the wealthy and powerful, and once the technology becomes scalable, toilets become more accessible to the general public. But it’s not always that easy, and we’ll find out over 1000 years after the fall of the Roman Empire.

Fast forward to 1200 AD, and London is in shambles. The current garderobe system in place, a series of public toilets that drained into the nearby Thames River, were causing the river to stink of feces—and because London relied on the Thames as its primary water source, the city was struck by widespread sickness and disease. In order to solve this city-wide problem, the city phased out garderobes by the 1500s. Londoners opted to use relatively old-school technology to replace it—a series of personal chamber pots (essentially large bowls) that were used and then transported to be emptied.

Unfortunately, there was one problem with this plan—chamber pots were available for people of all socioeconomic classes, but only the rich and royal has designated areas to “flush” their chamberpots. So where did the common people dispose of their chamberpot waste?

They took their waste exactly where it shouldn’t go—to the streets. Oppressed by a powerful and occasionally corrupt government for generations, London’s commoners weren’t willing to pay taxes to their leaders to develop public sewage systems—so they threw their excrement into the streets and lived amongst that excrement… for almost 300 years.

“Gardez l’eau” (watch out for the water) was the phrase of the day. Have a chamberpot full of waste? Just yell this classic phrase and throw the contents of your chamberpot right out your window and into the streets, hoping you don’t hit passersby below. Now that’s a crappy situation.

It wasn’t until the 1800s that public plumbing and full-scale toilet infrastructure became a priority for the English population (no wonder some Brits wanted to start a new world in the Americas). Building off privy inspiration from Sir John Harrington and Leonardo Da Vinci, two Englishmen emerged as toilet innovators of the time: Alexander Cummings, a resident watchmaker and toilet enthusiast, and Thomas Crapper (we know you just laughed), a self-proclaimed mad toilet scientist.

Cummings was the first to receive a patent for the modern flushing toilet—and this time, the flush was fully automatic. Using basic physics and some copper artistry, Cummings and his team crafted a toilet that flushed mechanically, and returned fresh water to the bowl after every flush. It was the start of something beautiful, but it wasn’t perfect yet—these toilets often had faulty seals between the toilet and the sewer line below, which would allow noxious sewer fumes to enter the home.

This issue wasn’t completely until Mr. Crapper—a seasoned plumber with a 250-gallon water tank on top of his workshop—developed powerful, airtight seals between the toilet and the sewer line, as well as between the toilet and the floor, ensuring all those nuclear smells remained in the sewer. Crapper was also responsible for mainstream toilet production in England. He teamed up with pottery maker Thomas Twyford, who made the transition from tableware to toilets and began turning porcelain toilets into mass-produced commodities—but he also turned them into works of art. Twyford was well-known for his incredible toilet artistry, making toilets that were shaped like dolphins and angels.

Meanwhile in America, people were still doing their business in pit-style outhouses, where they would lean over the back of a bench, exposed to an open pit, to relieve themselves. This might be surprising to our younger readers—but it wasn’t until after World War I that flushing toilets became culturally relevant in the US. When American soldiers came back from England after the war, they couldn’t stop talking about a revolutionary new bathroom device. They called it “The Crapper.”

There have been many advances in toilet technology over the past five or six decades—we’ve seen a dramatic increase in flushing power, water efficiency, and throne comfort. We’ve seen toilets with bluetooth that jam high-fidelity music. We’ve seen toilets that could pass for art in in the MoMA. We’ve even seen a $19 million toilet on the American side of the International Space Station—and the Americans wouldn’t even let the Russians use it.

In today’s day and age, it’s easy to take our toilets for granted. Do you even know where the goods go after you flush? Probably not. But something as simple as a toilet and its plumbing infrastructure has saved the developed world from widespread disease, filth, and a long list of other crappy problems. That’s why the toilet is worth talking about. 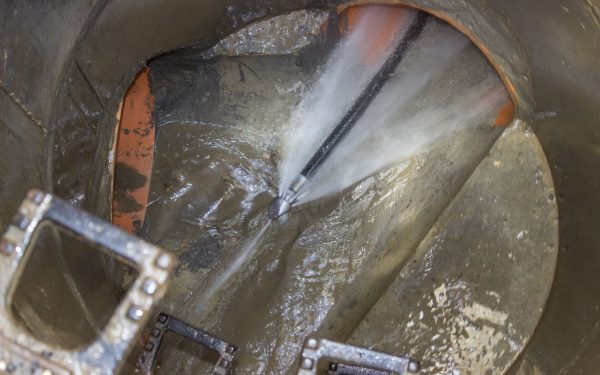 When most people think of plumbing tools, they picture traditional items like a plunger, wrench, or maybe even a drain auger. Sure, these tools are still used and effective for…

Do You Know Where Your Water Shut-Off Valves Are?

When life surprises you with a plumbing emergency, it’s not the time to play hide-and-go-seek with your water shut-off valves. Shut-off valves are attached to the water supply pipes in…

Have you ever found yourself taking a shower only to notice the bathtub is filling up with standing water? Slow draining tubs can be a major annoyance, but luckily they’re…